A movement is never figurative. It is a trace and a form of life, searing intensity or absence, an impetus or stasis.When movements become images, they are frozen but their essence remains unbroken. A leap, a turning face, fixed on film, continue to move and to live. Too many movements which deserved to pursue their own existence have been frozen, killed.

The work of Saul Fontela is intended to be a means of preserving this natural state of the movement of things, to express what is neither seen nor noticed because of its banality, to change them just enough to surprise but not enough to freeze them. A form of expression which goes behind things whilst holding the artist and the spectator in front. A non-figurative form which suggests, which evokes but imposes nothing save the idea that the world in which we live is more fluid, more fleeting, stranger and more living than we imagine. Things are not self-evident; it is up to us to look at them, to question them, till they talk to us.

His work is a new way of looking. 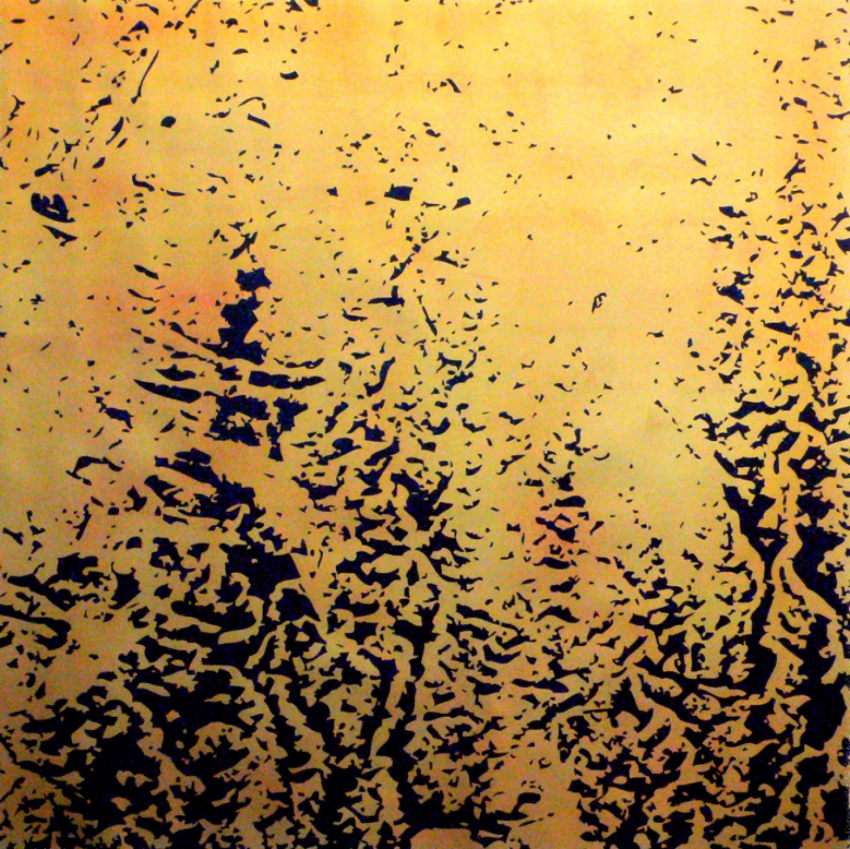 The works of Saul Fontela are marvels, miracles and surprises. They are grandiose works. Difficult yet simple. Way beyond any concept of beauty. Beyond any criterion of the conventional, beyond what is natural. No trace of conformism. Things are unfinished, hence bereft of significance. How should we define the image? How can we spacialize photography? How can we plan life? There is no longer any representation or criterion for the mirror image, for what is visible or imaginable. Saul Fontela insists, The Other cannot be represented. He propounds photography without camera and without apparatus. He seeks communication without contact. And in no way, in no case does he delegate or entrust photography to the tool.

For art and for pleasure. Twenty one works. Apart from the thousands of photos taken as practice and as his work. The first photo is already the second one, in other words, the original: Venice, its light, its quality, the quality of Europe, its inconceivableness. The process of art and invention extends from dyslexia to dys-reading, to reading as the peak of writing, to writing without gnosis. In fact, no circumstance represents the difficulty, the absence of faculty and facility of the intellectual pathway. Each difficulty is propitious to the extraordinary and unique linguistic rarefaction of Saul Fontela. Here we  have the Aleph, the two and the three. The surface as opening and the surface as edge.

Here we have the verticality with its irreconcilability from which proceed combinations and intersections. In the original photograph, what is important is the instant, much more than the speed. Thence comes the light. And things are heard. And are understood. Each work lets itself be heard and understood, instead of being seen and signifying. The twenty one works of Saul Fontela are more than a cathedral. Each one is the whole pathway. Each one is the saga. No vision of the photo. No technical formalism. Hence, no ethnic purification.

In Geneva, New York, Barcelona, or Arles, he finds a teaching which leads him into technique for the sake of technique. Without freedom. Without any artistic usefulness. Even in Arles the rules claim to determine and to establish the game rather than to become the pretext for it: the teaching there conceptualizes the resemblance, goes beyond it, cancels it. All the schools subject the resemblance to iconoclasm and iconoduly, deprived of its structure, its writing, its light. Saul Fontela, or the voyage of quality. England, Morocco, Israel, France, Italy too, or Spain or Eastern Europe or America. A stellar trip. Stories, tales, wanderers and wanderings. Saul Fontela, unidentifiable even when stateless. Nowhere is he felt to be a compatriot. To make things strange, it is necessary first of all to know how to make them correctly.

Saul Fontela has found his path and the equipment for the path, with and without masters. To write with a pencil or to paint.Varied and different tools in one process of writing. Cinema, painting, music, poetry, sculpture permeate the photography: the tool, the structure of the Other, the writing. Light is my painting. And the camera is my paint-brush. And the picture remains extreme. Videomatic. Electronic. Never flat nor level. And each work by Saul Fontela is complete. The event writes itself and describes itself. The intellectual homeland, the homeland of the word is not a place. That is why it is never closed. Perhaps that is the source of my abstraction. The homeland of the process of the word. The beginning. The début. The landing-place. Through driving devices.

Saul Fontela’s is the astronomy of life. In each of his works. Without line and without explanation. Tourism in the stellar tissue, between the web and the cloth. No discourse on photography. That remains in the word. As biography. As the writing of life. As the writing of light. And we shall hear and understand other works  of Saul Fontela.  And yet others. With these and with those and with yet other works, we shall assure our future.